Show, Don’t Tell: What Does it Mean? 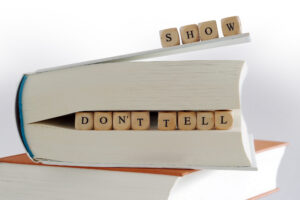 There are rules for writers. One of the more senior commandments in the writing profession is show, don’t tell. This can be a baffling concept to new writers. Please don’t allow a lack of understanding of this golden rule to stop you from completing your book.

As with most new skills, show, don’t tell simply takes a little practice to master. With practice you’ll soon find yourself beginning to apply the rules almost instinctively. While honing this skill, I’d recommend that you read some of your favorite books over again and observe how the authors bring their stories to life by showing their readers various details. You’ll find there are many ways to accomplish this goal.

The meaning of show, don’t tell

Show, don’t tell simply means that you allow your readers to experience incidents through storytelling rather than overtly tell them what happened. Showing is often done through character development, in which you thoroughly share sensory details, action, and dialogue.

The reason showing is so effective is that it puts your readers directly into the shoes of the main character and lets them to see things through his or her lens. It’s a much more immersive experience for the readers, allowing them to lose themselves in your book.

In order to illustrate the difference between telling and showing, here are two passages:

Terry had a fear of spiders.

As the spider crept along the tartan quilt, Terry’s body convulsed with an involuntary shudder. His heartbeat quickened as its eight legs inched toward his arm. Would that he could move it away, but none of his muscles would obey his silent plea for escape.

Which version did you prefer? Did one make you feel the emotions along with Terry?

Most people would agree that the second example plops the reader in the middle of the scene and adds layers to his terror. And it’s possible that the reader might experience a shudder of his own.

Use dialogue to show feelings 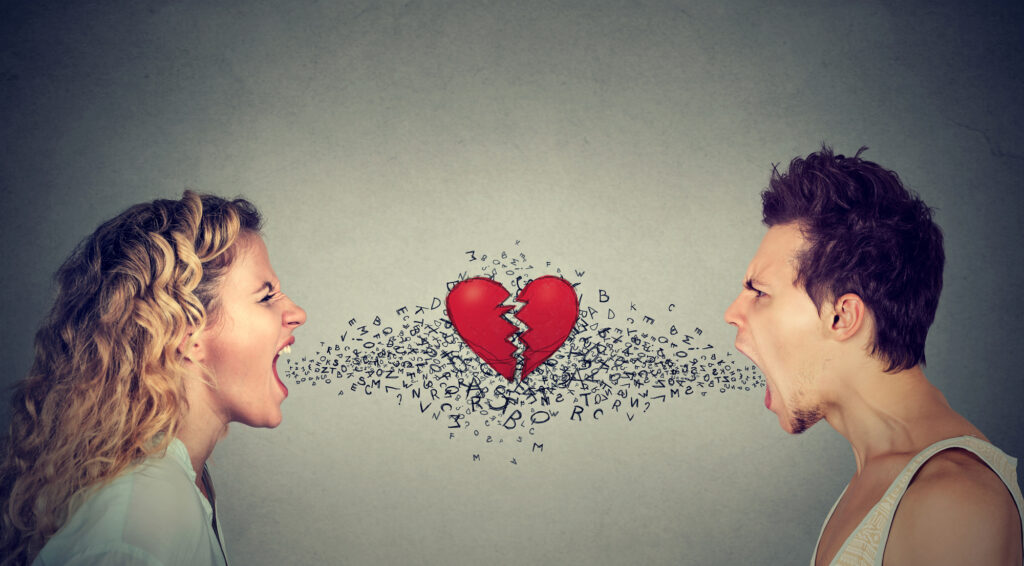 When attempting to show, don’t tell, dialogue can be a powerful tool for a writer. You can show emotions and reveal the deep relationships between characters in an engaging way. Body language also gives the readers insight into what’s going on.

Keep in mind that people have various ways of communicating. Based on their past relationships, they will speak to each other in different ways. Consider how you speak to and interact with your grandmother. Now think about how you speak with and interact with your sibling or your best friend. Each relationship is very different, right? We all have different behavior codes for the variety of people in our lives who are important to us. Well, the same would apply to the characters in your book.

It’s also worth mentioning that people aren’t cut-out duplicates of one another. We all have different traits that create our personalities. Examine all the people you know. Do they each speak in the same way? My guess is that they have slightly different accents, use different words to communicate ideas (probably with a variety of slang terms), and sometimes slip into half-sentences. Use these personal experiences when you write. It’s through your characters’ idiosyncratic ways of speaking that you can reveal their emotions, intentions and purposes.

Sometimes I find it helpful to see the incidents of my story as scenes in a film. Screenwriters have to show what the characters are experiencing through their actions and dialogue. In a film you couldn’t say, “Joe was angry” unless you included a narrator in the script, which would be awkward. No, you’d need to show that he was angry.

Same goes when writing a book.

So, you could write:

Sally decided to leave her husband of twenty years. When she confronted him about it, he became very angry.

Or you could write:

Sally stood at the doorway and studied her husband. “Joe?” she said as she fidgeted with the hem of her shirt.

Joe crumpled the newspaper onto his lap with an exaggerated flourish. “Yes? What is it?”

“I…” she faltered, then took a deep breath. “My bags are packed.”

Joe glared at her. He grabbed his cane and slowly eased himself out of the chair to a standing position. “You’re really doing this?”

Sally watched as Joe’s face turned a familiar shade of purple. If he’d been a cartoon, steam would have been coming out of his ears right about then. She took an involuntary step backward.

“Twenty years of my life wasted,” he said through gritted teeth. “Get out. And don’t bother to come back.” 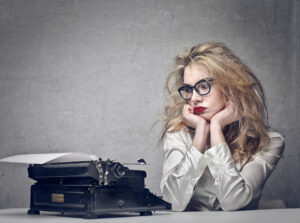 Why is it that we hear seasoned writers warn against using adverbs? After all, they are an important part of speech, modifying not only verbs, but adjectives and other adverbs. Pretty universal, right?

Well, Stephen King wrote in his book On Writing:

“I believe the road to hell is paved with adverbs, and I will shout it from the rooftops. To put it another way, they’re like dandelions. If you have one on your lawn, it looks pretty and unique. If you fail to root it out, however, you find five the next day…fifty the day after that…and then, my brothers and sisters, your lawn is totally, completely, and profligately covered with dandelions. By then you see them for the weeds they really are, but by then it’s—GASP!!—too late.”

So, is it wrong to use an adverb? Nah. Just don’t overuse them because they can become a crutch. After all, tossing in a ready-made adverb can be easier than investing the time to show the reader how a character feels. Maybe that’s why Mark Twain warned us that “Adverbs are the tool of the lazy writer.”

“I wouldn’t if I were you,” Becky said condescendingly.

Becky folded her arms across her chest, her lips curled into a smug smile. “I wouldn’t if I were you.”

There is no doubt about it, writing is a balancing act: You want to find your unique voice while obeying all the agreed-upon rules of the craft. If you’re new to writing, give yourself some time to develop your own style. Don’t worry too much about all the rules like show, don’t tell until you begin editing your own book. And remember, while it’s good to know the rules of writing, they aren’t intended to become a straitjacket. Keep writing and enjoy the process!

If you’re looking to hire a ghostwriter, check out my book: Your Guide to Hiring a Ghostwriter on Amazon. 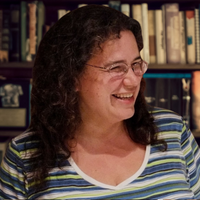