Create Conflict in Your Novel 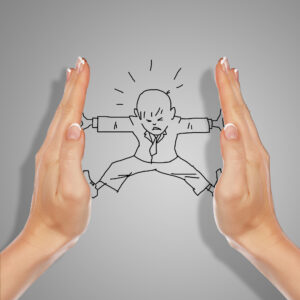 When you set out to write a story, one of the key elements you need to consider is conflict. If you don’t want to create conflict and feel intimidated by the process, it can cause a dreaded writer’s block for you.

The first thing to understand about this important element is that through conflict your main character can grow. As they fight through their external and internal battles, they progress along their personal path. Your hero must have difficulties to overcome on order for your story to have purpose. Bluntly, if everything comes easy for your protagonist, your book will be rather boring.

If you want to be a successful storyteller, you need to create conflict.

Create conflict throughout your book

While your antagonist should create conflict for you, there are other areas to explore. Conflict doesn’t have to mean war and death. If you’re daily routine is anything like mine, there is plenty of tension and turmoil to consider. Heck, as a mother of three teens, there’s a novel’s worth of conflict in deciding how to properly feed everyone a nutritious meal they will eat. While reading about eternal dinner debates might be boring, there are plenty of other life experiences that can become fodder for a novel.

For instance, when my son was in Tampa and hurricane Ian hit, I experienced a lot of conflict as he made all his preparation decisions. These came in the form of internal debate: How much should I advise him? Should I encourage him to evacuate? And of course there was the crazy mommy worry that plagued me. Needless to say, there was plenty of tension for my real life character.

Your fictional characters will all go through a variety of situations that will intrigue your readers if you create conflict for them. Important decisions should also include some debate as the resultant decisions might have consequences. Don’t allow these to resolve quickly or you’ll ruin the tension of the scene. For instance, if your character’s laptop is swiped, that’s going to create a host of challenges. Explore these. Or your hero’s car winds up in the shop after a fender bender, they might meet someone on the bus to work who gives them a hard time (or possibly becomes a romantic interest).

Often these smaller events can set up the big conflict of the story. 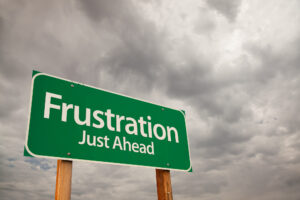 If you follow the three-act structure, there will be various points in your novel where your heroes will have good-sized conflicts to resolve. The largest will probably come to a head during the second half of the book. These incidents should involve a serious threat. In other words there should usually be a risk of physical danger.

When you read your favorite novels, you’ll probably notice there is a point where you really can’t see how the protagonist will get out of their situation. It looks so bleak, so dark, that there seems to be no way out. This conflict often involves a ticking clock which increases the pressure on the situation. There’s a deadline that would be fatal to miss.

Now, this doesn’t have to be a James Bond moment with high-tech lasers and car chases. It could involve friction in a romantic relationship or time limit on a job offer. These can be gnarly real-life decisions to make. Regardless these major conflicts need to arise so that you can help your protagonist resolve them in the end.

A few tips for creating conflict

As you sit down to outline the series of conflicts your hero will encounter, you may draw a blank. If so, here are some ideas to consider:

Tip #1: Figure out what your hero needs.

Once you determine what your protagonist is yearning for, you must put some barriers in their way. Whatever they want, they can’t have…at least not immediately. Not if you want to make your story a good read.

For instance, let’s say your main character desperately wants to be rich. I would suggest that you start them off in a cheap apartment with tons of credit card debt and a mediocre job. Now, whatever you do, don’t have them win the lottery. Rather, give them a chance to pull themselves out of the hole they’ve created—slowly. Allow them to fail along the way before they succeed.

Tip #2: Give your other characters some conflict, too. 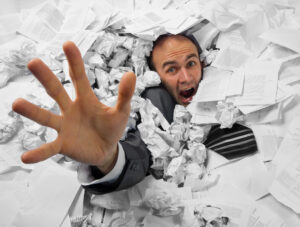 There are few stories that don’t involve secondary characters that aren’t inanimate objects. These folks need to be developed as well. One way to do so is to give these characters individual goals and have them work through these ambitions with the proper amount of tension.

For instance, perhaps your hero’s best friend is in love with her but can’t find a way to express his affection. She has no idea. That tension can build through the first half of the novel, only resolving late in the story. Although this might not be the central story, this struggle will provide the reader with another layer of entertainment. I realize this sounds a bit cruel, but trust me, readers thrive on tension and conflict.

As you form your characters from your mental clay, make sure they aren’t cookie cutter men and women with the identical viewpoints. Creating conflict can be as simple as building an argument between two characters, whether they be friends or enemies.

For example, your hero’s mother might disapprove of her son’s penchant for dragons, preferring that he find a more structured (and less dangerous) hobby that will lead to a career. This tension might build until the hero finally confesses that he’s built a thriving dragon oasis on Denequa IV in the Loquati Sector and is in fact the Elon Musk of his world.

Once you get started, you’ll see that it is easy to create conflict. If you need a few ideas, please feel free to write me below. I’d love to brainstorm with you!

How can I best help you?